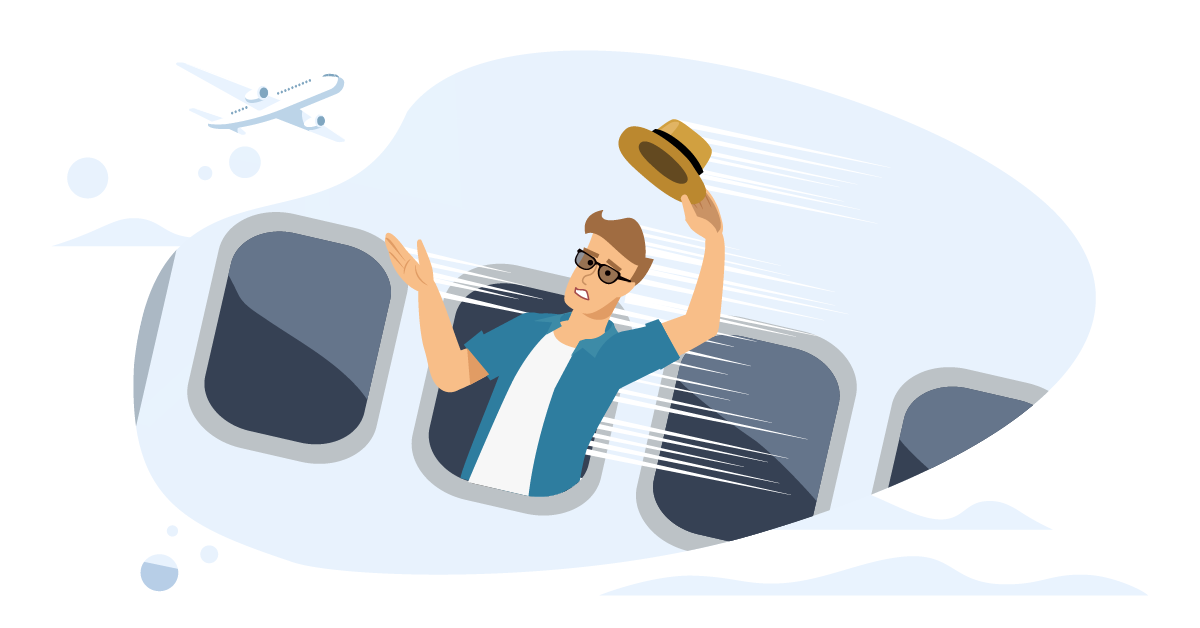 Departure of an aircraft more than one hour before the scheduled time of departure therefore qualifies such a flight as "cancelled" - as stated by the CJEU in its judgement of 21st December 2021. What does this mean? If the carrier brings forward the flight and has not informed passengers about it at least two weeks in advance, they will be able to invoke Regulation 261/04 of the European Parliament. According to this ruling, in the event of a cancelled flight, the carrier is obliged to provide passengers with a seat on an aircraft flying the same route, as soon as possible. We can also completely refuse - we are then entitled to a refund of the ticket price. You can also apply for compensation in both cases. All you need to do is complete the claim form.

What does the CJEU judgement mean for passengers whose flight departed earlier?

"The Court also stated that in the event of a significant bringing forward of a flight entitling passengers to compensation (which includes, in particular, late notification of it being brought forward), the carrier should always pay the full compensation amount (depending on the distance, 250, 400 or 600 euro)" - writes the Polish daily newspaper Rzeczpospolita. This means that the airline cannot therefore invoke the article concerning 50 percent reduction in compensation if the passenger arrives early, the CJEU decided.

- From the point of view of passengers, this is certainly a very important ruling. At AirCashBack, there have already been cases of passengers on flights departing ahead of schedule, but the legal route did not allow for a satisfactory resolution. When interpreting the provisions of the regulation, Polish courts unequivocally stated that only a 3-hour delay in arrival at the destination airport entitles passengers to compensation. However, as emphasised by the Court, both during the delay and the bringing forward of the flight, passengers lose the opportunity to freely dispose of their time and suffer various inconveniences as a result. Therefore, they are entitled to appropriate compensation - says lawyer Krzysztof Burzyński, director of the legal department at AirCashBack.

- We are also pleased that the Tribunal immediately focused on the issue of a possible reduction of compensation by 50 percent. The fact that the Tribunal directly indicated that this provision is not applicable in the case of early flights significantly narrows the scope for over-interpretation of the regulations by air carriers - adds the expert.

Compensation for an earlier flight departure - what conditions must be met?

What is important is that the decisive factor in resolving the issue of the scheduled flight time will not only be the air ticket, but e.g. booking confirmation, which includes information such as the place and time of departure and arrival, together with the flight number. Such confirmation can be given to the passenger by the tour operator through which he / she purchased a seat on the aircraft. The pro-consumer judgement of the CJEU obliges carriers to take into account passenger complaints and possible subsequent claims from tour operators.

Moreover, the carrier should inform passengers directly about changes of the flight time, even if they have used the services of intermediaries for purchasing flight tickets. This is an issue that silences the argument of airlines, as they often argue in courts that flight times stated in contracts with travel agencies are for indicative purposes only. Now they have to inform travellers about any deviations from the flight network at least two weeks before the planned flight date. The flight is not considered cancelled if the airline rearranges its time in less than three hours, the CJEU decided.

- In the course of legal proceedings, charter carriers often argue that the change of flight times or a flight cancellation was not their decision but the decision of the travel agency. Now we have a clear situation – the airline has an obligation to prove that it informed passengers about any changes in advance – states Krzysztof Burzyński from AirCashBack. This is another ruling that strengthens the hand of passengers. Earlier, in judgement C-756/18, the CJEU indicated that passengers cannot be denied compensation just because they do not have a boarding pass, the expert reminds us.

Assistance in claiming compensation for an earlier flight departure

Summing up, if your flight left earlier than planned, you are entitled to claim compensation from the airlines. These, however, rarely respond to requests from individual customers, and a self-compensation claim may not be successful. Therefore, we encourage you to use our services. Thanks to many years of experience in the aviation compensation market and thousands of resolved cases, we know how to effectively pursue claims. Moreover, we are a precursor to claiming compensation for flights that departed ahead of the scheduled time.

In order to make a claim for an earlier flight departure, it is necessary to provide the following data:

• names of the origin and destination airports,

• the length of the delay,

• one of the following documents: boarding pass, ticket, contract with a travel agency or (if possible) online booking confirmation,

In the event that you incur additional costs as a result of a flight disruption, you will also need to provide receipts and invoices.

To claim your Expedited Flight Compensation, simply complete the claim form or click the button below and we'll do the rest!